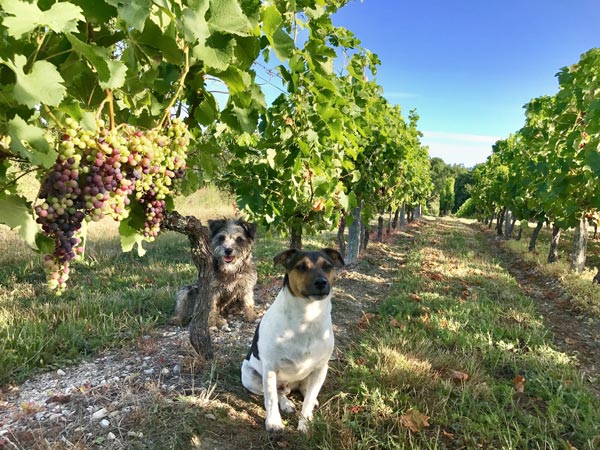 July has been a weird month, with mixed weather and a great deal of work in the vineyard. Despite the late Spring frost and cool July, the grapes are already well on the way to changing colour: the veraison, as it's called, normally doesn't take place until August and it's on course to be the earliest harvest of the last ten years, 2011 apart. Yet there's a long way to go.

We had two short breaks away in July, so apart from an important family get-together near Ypres this coming weekend, we will be here for much of August. We'll be posting pictures of grapes, vines and various animals on Twitter, Instagram and Facebook - see the links below.

Collecting wine from the Chateau or Calais 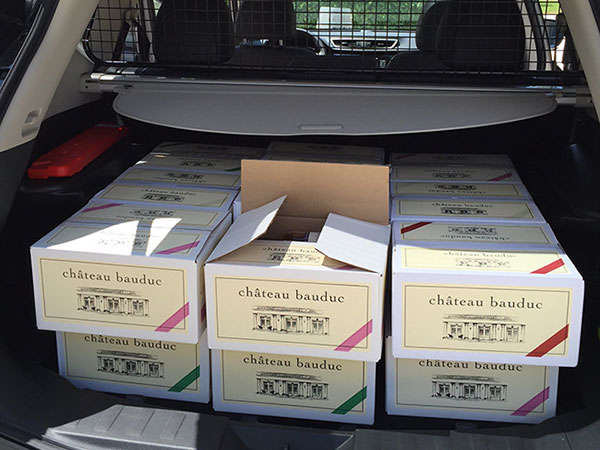 If you're in the Bordeaux area and looking to stock up, do get in touch. Please give us some warning as we may be slaving in the vines (or by the pool). For a quick tour and a tasting, we charge €10 per person, with each fee being refundable against a purchase of 12 bottles or more. Prices are from €8 per bottle for the white, red and rosé. Equally, we keep stocks of our wine at our collection depot outside Calais for those looking to save on UK duty before heading home. 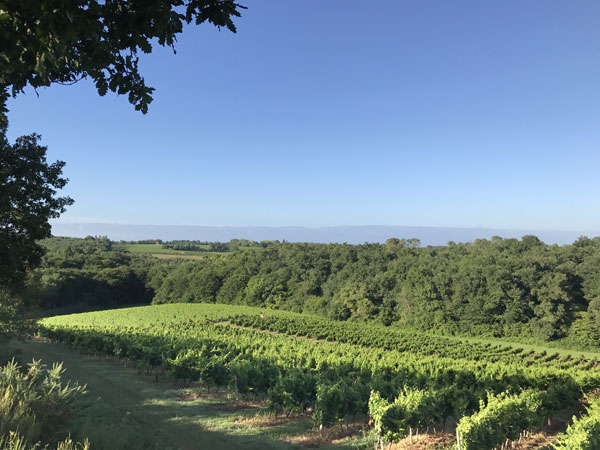 It’s looking like a three-lane vintage here at Bauduc, rather like the rest of Bordeaux. Following on from the nasty frost in late April, a hot June and cool July, it’ll be a fairly early harvest for the unscathed vineyards (touch wood), a tricky one to manage for the 50-50, and a virtual non-event for the badly frost-damaged parcels. The odd thing is that we have to look after the vines in much the same way across the board, to ensure that everything's in good order for next year’s growth. (All the healthy-looking rows you can see above, being trimmed by Daniel on Friday, have barely a tenth of the normal crop in 2017, sadly.)

Nevertheless, with the grapes changing colour much earlier than usual, geekier holidaymakers should soon be able to spot the contrast between the heavily-laden vines across Bordeaux and those bearing rod all bunches. 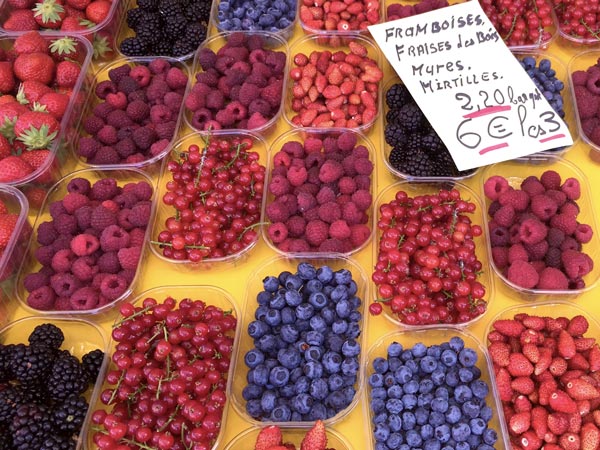 Créon, our local town, has recently become a centre for artisanal food shops. We now have three bakeries, four butchers and five fruit and veg stores within walking distance of us, and the revamped fishmongers has a huge selection. (Granted, if you buy something in each of them, the preferred mode of transport wouldn’t be on foot.) The food market meanwhile, which has been held in and around the town square every Wednesday since 1315, allegedly, is as popular as ever.

The new establishments are on the outskirts of town and worth a detour if you're (self-catering) in this corner of SW France. We've updated the ’The Local Area’ section under our ’farmhouse’ section on our website, with a list and a map. 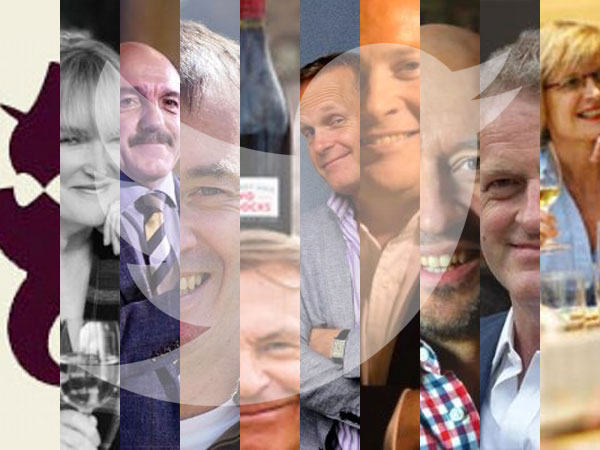 The Drinks Business magazine have just published a list of the ’10 best wine Twitter feeds to follow’ and, for some reason, they kindly included @GavinQuinney. The others are wine writers @jancisrobinson, @timatkin, @jamiegoode and Fiona Beckett @winematcher, leading sommeliers @ronan_sayburnms and @gerardbassetobe, and wine celebs @joefattorini and Tom Harrow @winechapuk. Sam Neill, the well known actor, is the other vineyard owner (of @twopaddocks in New Zealand) on the list, along with Quinney. The latter has the fewest followers of the ten.

Today, as you probably know, marks the centenary of the start of the Battle of Passchendaele, or the Third Battle of Ypres. Also from today, the medals of Captain Noel Chavasse VC and Bar, MC go on display at the Museum of Liverpool, until 5 January. Noel was a doctor and the only man to have been awarded the Victoria Cross twice during the First World War; the first, according to the citation, was for saving ’some twenty badly wounded men’ from no man’s land at the battle of the Somme in 1916, the second for treating the wounded under heavy fire at (a desperately muddy) forward dugout post at Passchendaele. The Somme, and Passchendaele. It’s hard to imagine two more horrific battles with so many casualties.

Sadly, Noel, who served with the Liverpool Scottish regiment, was honoured with his second VC posthumously, as he died of the wounds he himself received while saving others on 4 August 1917

We will be driving up to Ypres to attend friday’s Centenary Commemoration for Noel, who was Gavin’s first cousin (twice removed), in a private ceremony at the Chapel of Brandhoek, along with other members of the family, and for the laying of wreaths at Noel’s grave in the cemetery there.

We will also look out for the name of his youngest brother, Aidan, who had been wounded and was missing at the time of Noel’s death. His body was never found and, like so many thousands of others, his name is inscribed on the Menin Gate.

Later this week we will send you a link to a longer post on Noel and his extraordinary story.