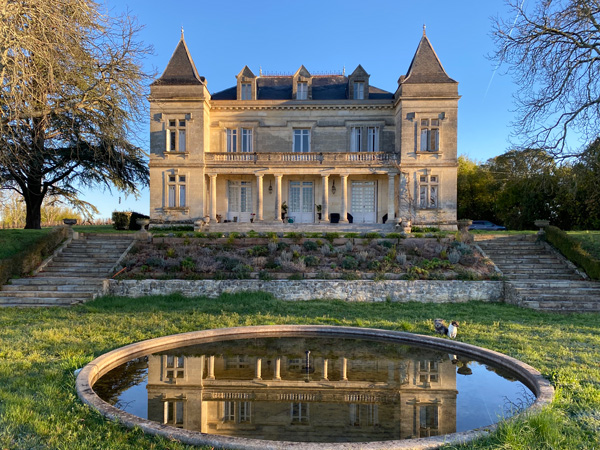 We don't really like to send out a newsletter on a Saturday but we couldn't resist it for February 29th.

It is, in fact, five years since we decided to send out a monthly 'review' on the last day of each month, meaning we would always have a deadline to meet. For many years before that our emails went out somewhat randomly, for better or for worse, but since February 2015 we've sent out a review each month. (The evidence can be viewed in the 'Archives-' here. We exclude December as we exchange the newsletter for festive messages and a dodgy card by email.)

New 2019 whites and rosé in bottle 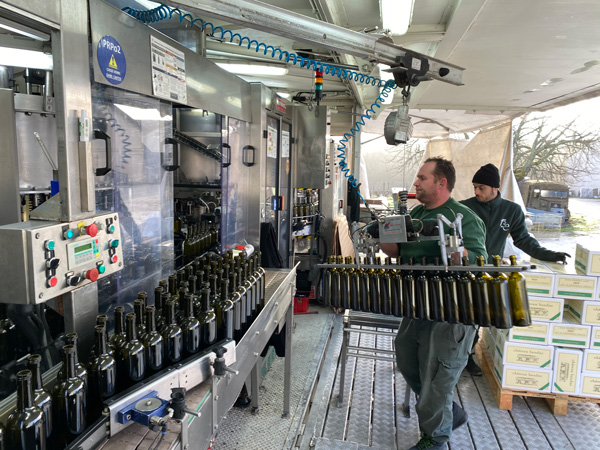 February is a surprisingly hectic month. Not only do we get the new whites and rosé ready for the bottling but there's also the small matter of making sure everything gets here on time. New labels - including those for different trade customers and countries - capsules, cartons and close to 150,000 bottles. What's more, it costs us close to a euro a bottle to perform the Mis en bouteille au Château using the best outfit in the business in Bordeaux. (That cost is for the finished product, including packaging and bottling costs but excluding the wine inside.) The fact they're used by many of the leading châteaux is expensively re-assuring, at any rate.

Stein, Ramsay and the men from Del Monte 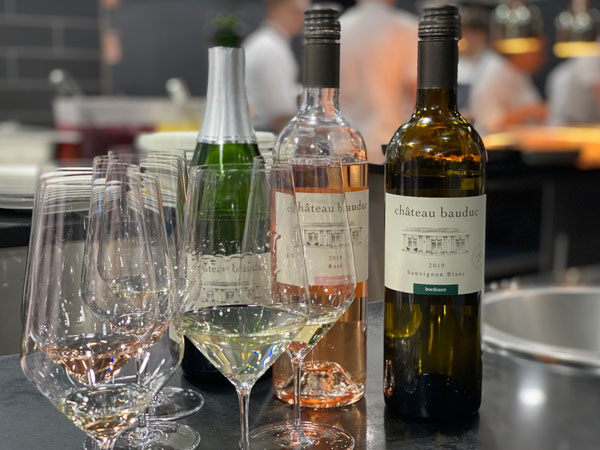 It's almost two decades since our wines were first served by the glass at Gordon Ramsay's and Rick Stein's, and we say as much on our new label. So it's only right that we should take the new vintages for the annual check-up in England. It really is a bit like the old ad when 'the man from Del Monte - he say yes!' (sic - YouTube it, they're quite funny). Cue call to Daniel, Nelly and the team on the bottling line: 'Oui - ok to stick the labels on', or words to that effect. 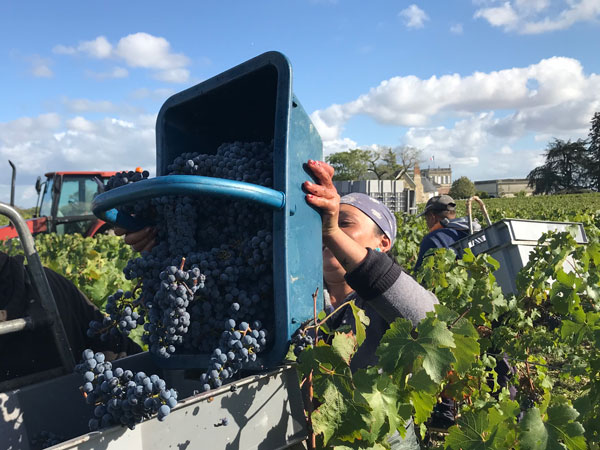 This was published yesterday on Jancis Robinson's fine wine site, and by Liv-ex, the fine wine trading platform. It is also on gavinquinney.com.

As a follow up to my 'Bordeaux 2019 weather and harvest report' last autumn, here's an update of the production statistics. These somewhat nerdy articles, shamelessly illustrated with detailed graphs and tables, serve as a backdrop to the 'en primeur' tastings which take place in late March and early April. (Each spring, fine wine merchants and critics descend on the region from around the world to sample the latest vintage 'from barrel' - all being well.)

The primeurs or futures campaign involves a tiny fraction of the overall production, however, so it can also be useful to understand the bigger picture of Bordeaux - or, indeed, the map. Few people realise just how much wine is made here, so below I show where 650 million bottles in 2019, or their equivalent, are sourced from. 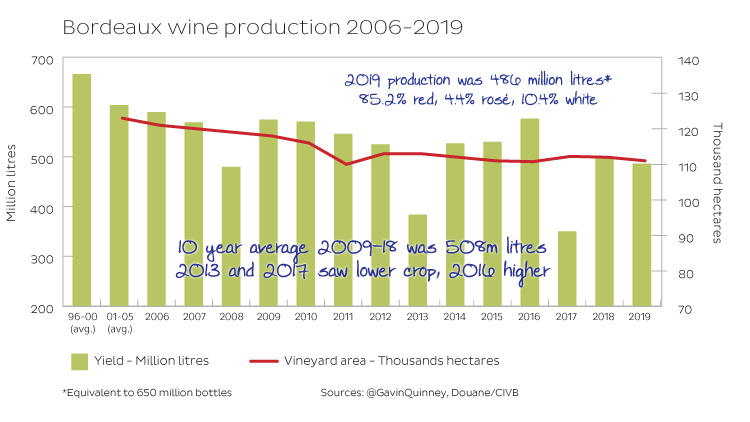 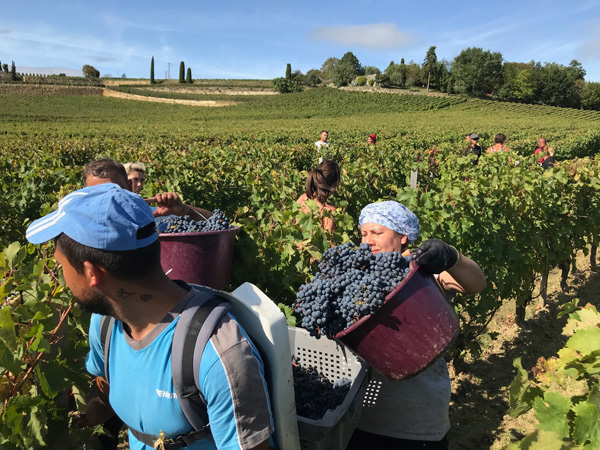 89% of the 110,836 hectares (273,800 acres) of Bordeaux vines in production in 2019 were planted with red varieties, and 11% with white. Two thirds of that 89% is Merlot, 22% Cabernet Sauvignon, 9% Cabernet Franc (above, in Saint-Émilion in 2019), with the last 3% split between Petit Verdot, Malbec and a smidge of Carmenère. The white vineyards are split between Sauvignon Blanc (including a little Sauvignon Gris) and Sémillon with 46% each, with 5% Muscadelle and others.

Good yields in the top appellations

Although the overall production for 2019 was similar to 2018, there was a significant difference in the output of the leading Bordeaux appellations. 2019 saw a return to good yields across the board in the seven most prestigious areas, after mixed fortunes in the two previous vintages. 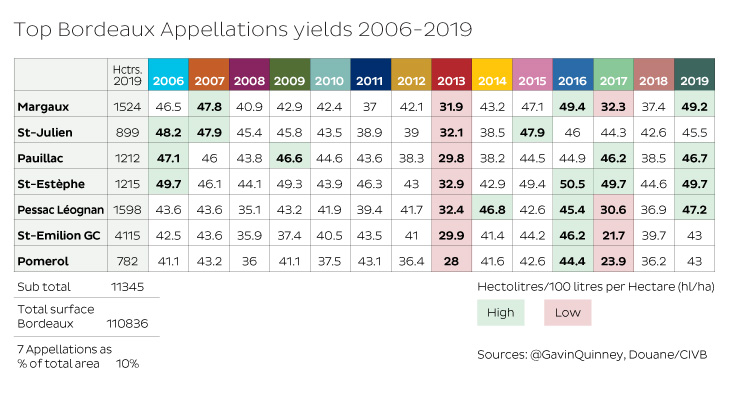 Margaux, Pomerol and Pessac-Léognan enjoyed 2016-type yields (or better) in 2019, after the frost in 2017 and mildew risk in 2018, with Saint-Émilion not too far behind. Saint-Julien and Saint-Estèphe largely escaped any frost damage in 2017, and 2019 continued a run of successful annual yields, with Pauillac having improved production as a whole on the partially mildew-hit 2018. 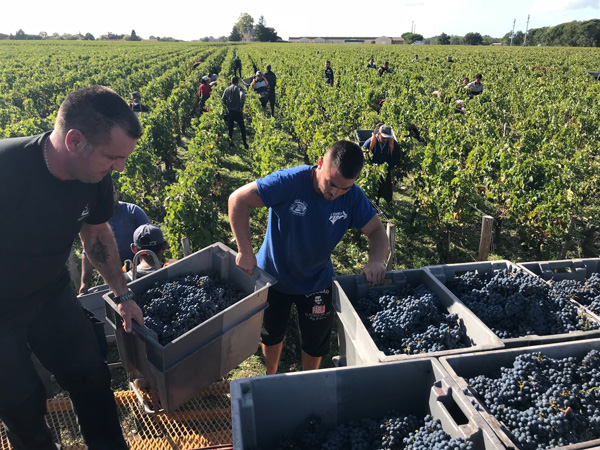 To put these 'hectolitres (100 litres) per hectare' into context, the density of vines is comparatively high in these appellations, with 6,500-10,000 vines per hectare. With a yield of 45 hl/ha, that's a bottle per vine for a vineyard with 6,000 plants per hectare, such as in parts of Saint-Émilion. That same yield would make two thirds of a bottle per vine in a more densely planted plot, like in, say, Saint-Julien on the left bank (above), with 9,000 vines per hectare (4,500 litres giving 6,000 bottles). Let’s not get started on Sauternes, poor things.

Outside of the more famous appellations, on the other hand, yields were fairly well down when compared with 2016. The table makes this clear, and broadly speaking levels were on a par with 2018, though for different reasons. There was far less of a threat of mildew in 2019 but the all important flowering in June saw mixed results, with uneven fruit set thanks to rain and chilly weather just at the wrong time for some vineyards. Later, summer drought led to smaller berries and less juice in many areas. 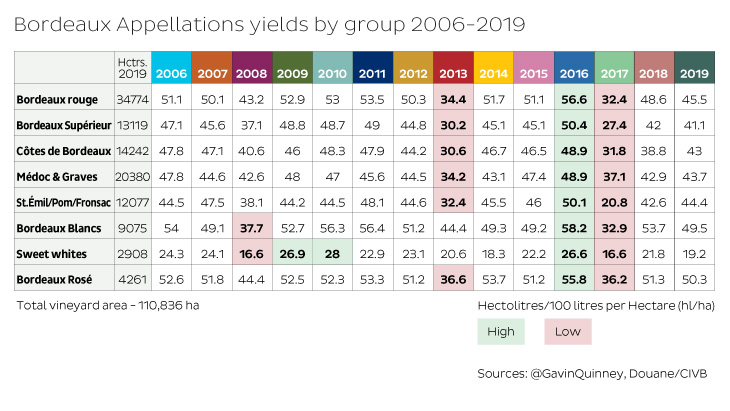 Vineyards are planted with less vines per hectare in the more basic appellations on the whole, with 3,000 to 4,000 vines being the norm for basic AOP Bordeaux, and 4,000 to 6,000 in, say, the Côtes de Bordeaux.

Where 650 million bottles come from

The number of hectares in the table above gives a feel for the relative scale of Bordeaux appellations, but here is a chart and a colour-linked map to show where the main areas are, and what they've produced in recent vintages. 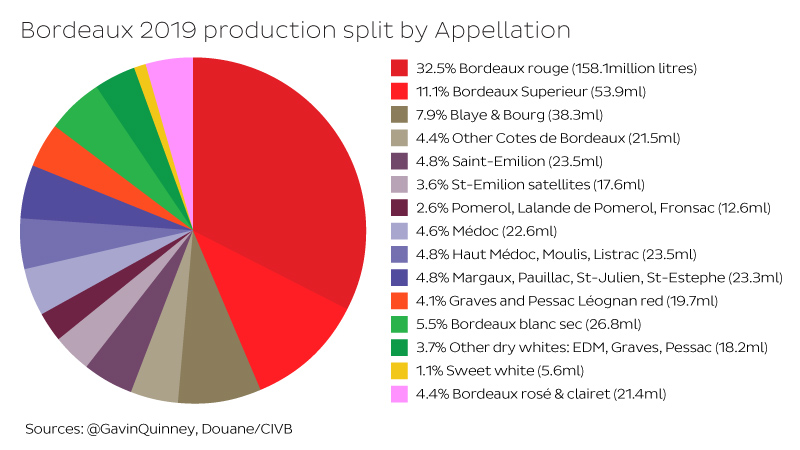 Almost a third of production is straight Bordeaux rouge, with most of this coming from the area between the Garonne and Dordogne rivers, an area known as the Entre Deux Mers. The appellation of that name is a white-only appellation. 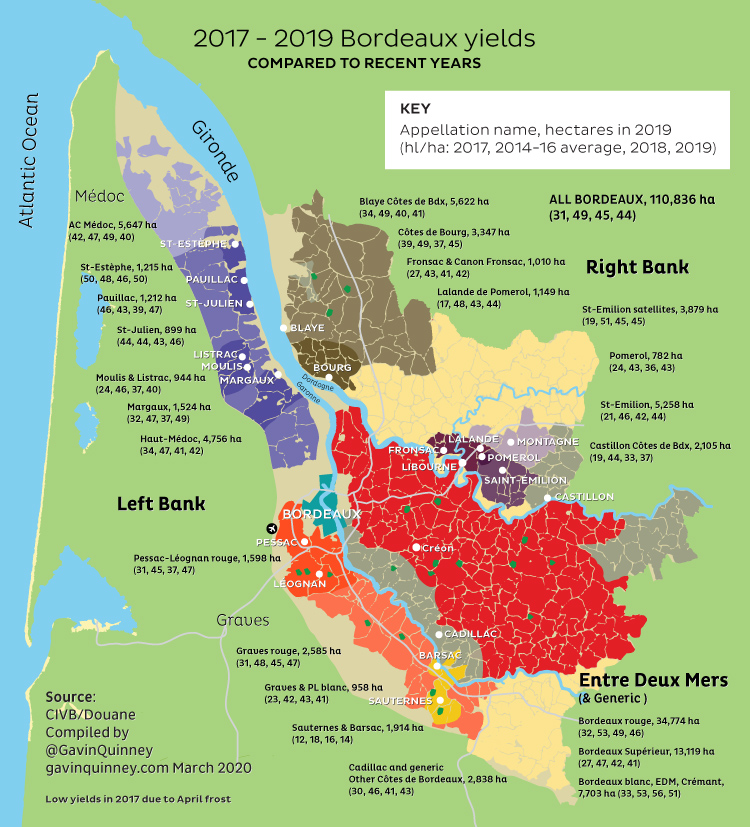 As we've seen, yields in the more famous Haut-Médoc appellations of Saint-Estèphe and Saint-Julien have been consistently good, not least compared to the Right Bank in 2017.

The green dots are merely representative of where some of the dry white vineyards are, though this is far from a complete showing.

Overall then, the 2019 vintage delivered good yields for the top Bordeaux appellations, ‪and fair to decent for the rest. Once again, there’s a lot of wine - at all price points - that needs to find a home.

(On Jancis’s site, she added ’Those deciding on prices for the 2019 vintage en primeur, please take note - JR.)

Read this on Gavin Quinney’s site